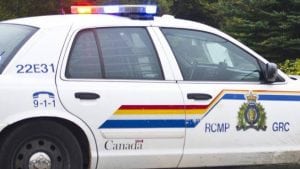 As we enter into this wonderful time of legalization, there are still some incidents that are keeping a stigma on the industry – accidental consumption being one. Edibles should be marked in a way kids and adults alike can easily identify them. Canada is now starting to experience some of the same pains as the US – children accidentally consuming edibles.  This can be avoided by marking edibles in a way that children can understand. The Green Cross is an easy way for kids and adults alike to understand it is the symbol for medicine and any food product that has the green cross on it, is infused. Easy peasy.

“Medical marijuana is now available in Maryland, more than four years after the General Assembly passed a law legalizing it.

Standing up the industry — with growers, processors, dispensaries and doctors — took longer than expected. The law needed to be tweaked, rules to needed to written and legal battles fought over who won licenses.

Here’s what prospective users need to know about medical marijuana.”

Read the full story by Sarah Meehan on the Baltimore Sun here!

“Opponents of marijuana policy reform have warned that legalizing cannabis could give way to an epidemic of young people abusing the plant. But recent studies indicate that isn’t happening.

Recreational cannabis became legal in Colorado in 2012, and legal adult sales kicked off in 2014. The rate at which teenagers in the state report smoking pot has declined since these changes went into effect, according to data the Substance Abuse and Mental Health Services Administration released Monday from its National Survey on Drug Use and Health.”

Read the full story by Antonia Blumberg on HuffPost here!

LKSD Safety Coordinator Perry Barr, who oversees everything regarding school safety from drugs and alcohol to security issues, says that the laced “gummy bear” candies were sold at $5 a piece.

“The dangerous thing about that is you don’t know the potency of the THC that’s in the gummy bears,” Barr said.

THC is the active ingredient in marijuana. Barr says that high doses of it in edibles can have much more intense and long lasting effects than a small amount. He says that the issue of edibles is a new one for the district.

“Since Alaska legalized marijuana, they also legalized edibles. So marijuana, or the THC, is coming in many different forms. Unfortunately, some of those forms are in candy,” said Barr.

Read the full story by Christine Trudeau on KYUK here!

Health Canada recently proposed regulations that would limit the use of colours and graphics on packages and require labels to have specific product information, mandatory health warnings and a standardized THC symbol.

Read the full article by Laura Kane on The Star here!